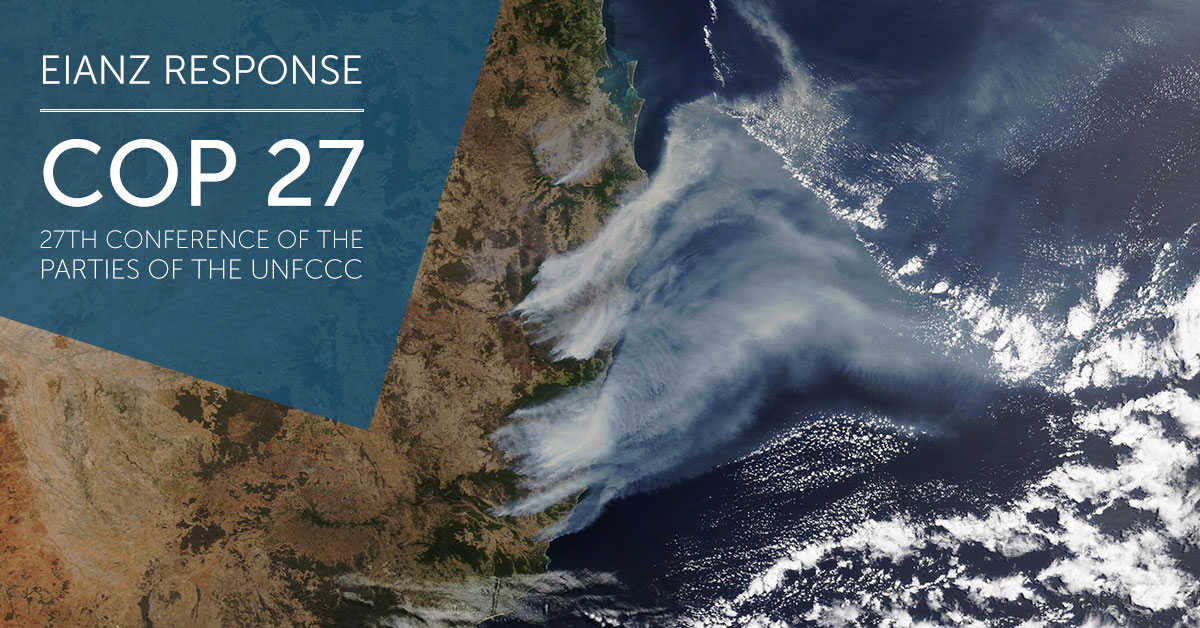 The Environment Institute of Australia and New Zealand (EIANZ) welcomes the progress on a loss and damage fund made at The United Nations Framework Convention 27th Conference of Parties held in Egypt in November. This agreement was 30 years in the making and is a historic achievement.

COP27 seems to continue a well-worn path - making useful but inadequate progress.  However, a redoubling of effort, not despair, is needed because every tonne of mitigation and every piece of adaptation counts.

Not only must governments globally redouble their efforts, but civil society needs to redouble its efforts: to give governments the authority to act more boldly; validate new technologies and approaches; and hold governments to account.  And, where all else fails, individual governments need to act where Governments collectively cannot agree.  Media has a special role in acting in sharing peer-reviewed climate science and news with honesty and integrity.

Environmental practitioners including all those in Australia and Aotearoa New Zealand must remain in the vanguard.  As part of their work, climate change and energy specialists, ecologists, hydrologists, social scientists, impact assessors, planners and others aligned professionals need to commit to:

We acknowledge and value the rights and interests of Indigenous Peoples in the protection and management of environmental values through their involvement in decisions and processes, and the application of traditional Indigenous knowledge.